Two of the projects in which I have participated recently, were distributed systems based on the document replication. Each of them was slightly different, which affected the solutions. In this article I’m going to present briefly the main assumptions and requirements for each of the projects, as well as the implemented solutions. I’m also going to mention a few important problems that we had to deal with.

General description of the systems

Both systems were therefore quite different and consequently during the development of each we could observe various solutions. 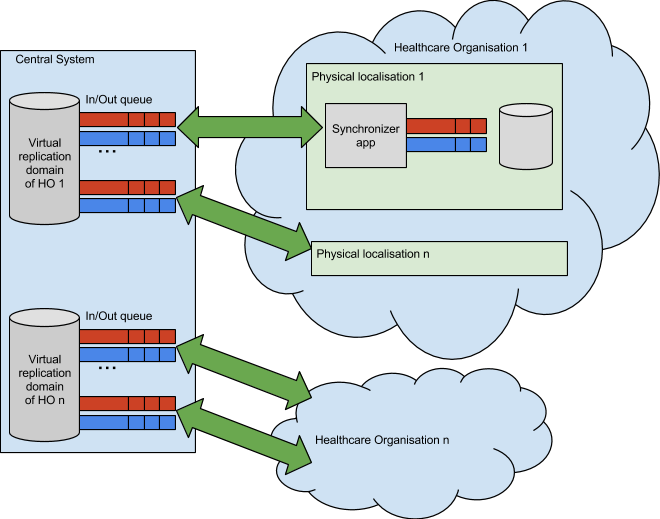 Figure 1. Block diagram of the HCS 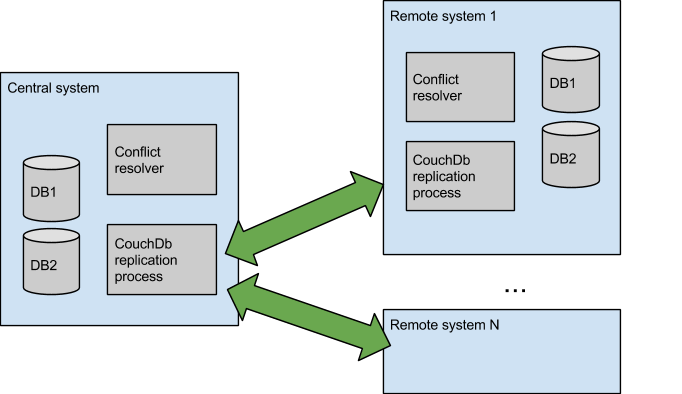 Figure 2. Block diagram of the DADB

With the DADB solution, the master-master replication enables the edition of the same document on different nodes at the same time. Consequently, we have two competing versions of one document and we need to pick the “correct” one in a predictable way, which results in losing the data. Due to the specificity of the data stored in DADB it is not a critical issue and therefore such solution is acceptable. Note though that any loss of the data is unacceptable in such systems as HCS.

If we update the version of the application on one of the nodes and if it includes changes in the document schema, it is necessary to migrate the data. These two systems have approached this problem differently:
1. DADB
– The replication between nodes with different versions of a data scheme is blocked
– The migration of all the documents stored in the database on a given node is necessary
2. HCS
– The replication of documents of different versions is possible
– Each node can read documents in older versions
– If a document in a newer version appears, it goes to a queue which is processed while the node is being upgraded

In the long term, it seems that the HCS approach is better and more flexible.

HCS has one queue of sent/received documents, which ensures data integrity during the whole process but at the same time it prevents simultaneous transmission of documents.

On the contrary, CouchDb used in DADP replicates each database independently and simultaneously, which speeds up the whole process.
In the HCS a problem arises when the document, which is being sent, contains a structure error. The processing of a queue is then blocked and manual intervention is required. Such situation is ignored by CouchDB with DADB and consequently the documents are kept being sent. On the one hand it is preferable as the process is not blocked, but on the other hand the error is propagated to other nodes which hinders possible repair in the future.

Unavailability of a node at a given moment

In both systems the unavailability of the central node is a critical issue and interrupts the process of data synchronization.
Because of the specification of master-master, the unavailability of any other node is acceptable in DADB. Documents can be edited at any place and time.
There is a property tag for a given document in HCS which causes the overhead on the request to transfer properties between nodes. As long as a node ‘owner’ is not available, a document cannot be edited.

CouchDb replicates every database individually. It is of benefit especially if one of them contains large documents, stored for a long time or if there are many documents to be sent. However, it causes the problem with temporary data incoherence.

In addition to regular documents, DADB handles the binary content. It is transmitted independently from documents. It was necessary to deal with a small bandwidth and to introduce an additional item, ‘binary content event’, which is replicated in the same way as documents, and describes the changes in the content: source URL, change and deletion.

Distributed systems prolong the time of development process and increase its complexity significantly. Also, testing and debugging get considerably complicated e.g. to simulate a problem with schema incompatibility it is necessary to build and run the application in different versions, and create data of various structure.

Considering both development and maintenance, it is important to prepare system in such a way that diagnosing failures is as simple as possible Most important here are comprehensive logs containing information on which user’s request caused a given action. It would be preferable if such information was also propagated to other nodes which would allow tracking the history of changes propagation.

Having dealt with the CouchDB replication in DADB it seems that the most convenient solution is to separate the aspects of storing the data on a node and its replication. In the long term, leaving everything to CouchDB would create an extra work with, among others, handling the data in the version that differs from a supported one.
What is most important is to find the right solution to a given problem. Medical and personal data are very crucial in HCS, which results in different solutions than in the case of DADB, which can allow temporary incoherence (“eventual consistency”) and even the loss of some data.

This article is hypothetical divagation how to determine and use a set of rules to create ...