5 whys – dwell on the subject

In the book “Lean Startup” Eric Ries describes the 5 Whys technique. Frankly, it sounds trivially and obvious, however, I guess only a few has managed to implement it successfully in a team/company.

This method, from which you can draw handfuls of ground-breaking management techniques, was created and implemented by Sakichi Toyoda, the founder of Toyota Industries. 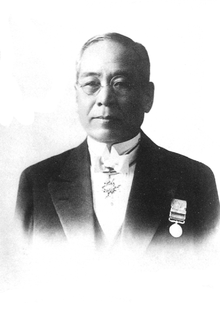 The principles of the method are extremely simple. Can anyone imagine a 5-year-old child endlessly asking “why”?

Maybe the scene is exaggerated, but it shows how we come from the general problem to the hidden one. Besides knowing that grandmother is sick, we realize that grandfather has problem with his memory.

How does it transfer to project management?

Having asked 5 questions it turned out that the problem lies much deeper. If the leader of the project had asked only one question “why did the server fail?” and had received information concerning its misuse, he would have probably come to the conclusion that the blame should be placed on the person implementing that new feature. However, having a few questions, it turned out that lack of trainings and belief in their legitimacy was the problem. After the first question a recovery plan would be nothing but to reprove the new engineer. In case of a larger number of questions at IMVU (a company co-founded by Ries), the management decided to introduce a recovery plan at each level, i.e.:

Additionally, it has been decided to implement a training system in the company. According to the Lean notion, we should act step by step, in an iterative way, on a small scale. As a result, they started working on trainings and improved them iteratively.

The above mentioned method isn’t a remarkable discovery and sometimes is used unknowingly. Unfortunately, I didn’t have opportunity to fully test it live, but I hope that sooner or later I will have;) In addition, you should be careful not to offend a person you’re talking to. Before implementing this method in your team, you should remember to inform them and explain that it isn’t used to torment them but to get to the heart of the matter. It is just a confirmation that communication in a team is incredibly important and can’t be avoided.

Does anyone work this way?

I would like to present a highly interesting initiative for everyone keen on topics oriented to ...