MSDeploy is a command-line executable tool created by Microsoft, which implements web deploy functionality with many powerful features. In this article I will present a simple way to publish your web application to IIS by using this tool.

To use MsDeploy you need to download and install Microsoft Web Deploy (here is a link to the installer). After installation MSDeploy command line tool (msdeploy.exe) will be located in C:Program Files (x86)IISMicrosoft Web Deploy V3. When you type in console msdeploy.exe /? you will see version of MSDeploy, list of providers (objects for which you can perform operations, such as web sites, databases or folders), list of verbs (operations which can be performed on providers, for example delete or update web site). Also, you will see some interesting and useful switches for deploy parameters such as rules and link extensions, which I will not describe here. You can read about them in Microsoft documentation. 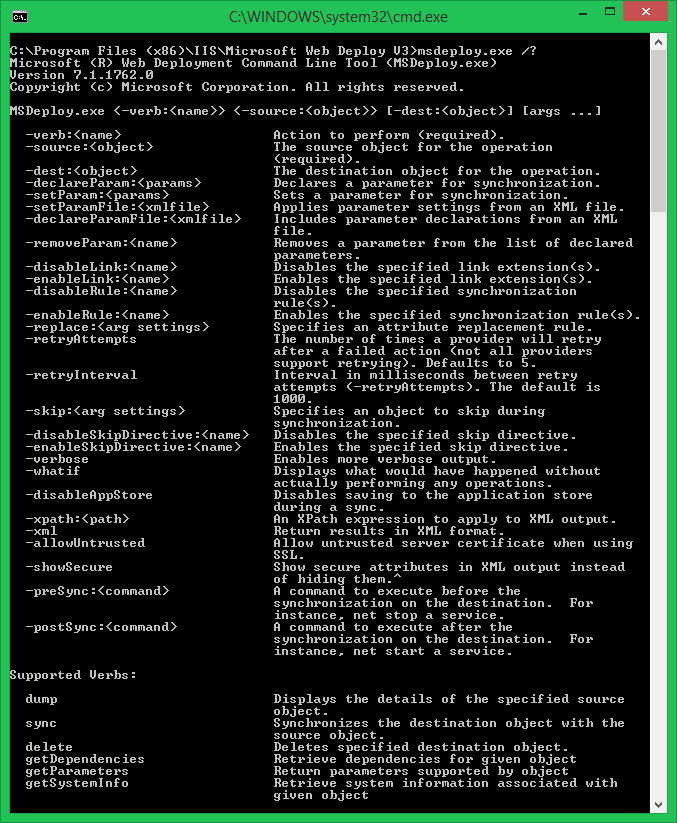 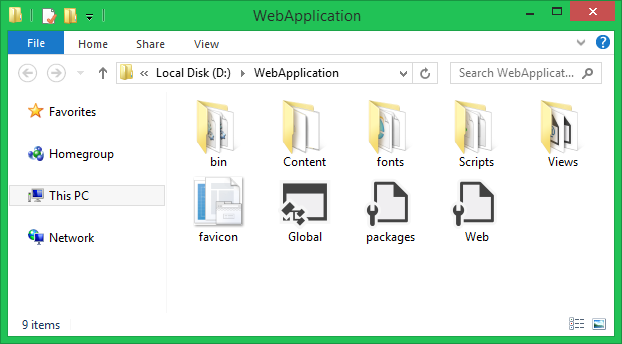 Once these conditions are fulfilled, you can run the MSDeploy command from any machine (with msdeploy.exe) against your remote IIS server:

Here, you can find a log result from our deploy example. We can see which folder was added, deleted or updated: 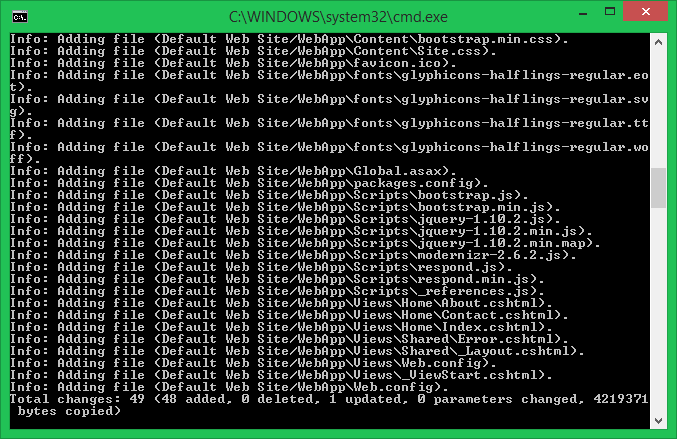 MSDeploy can deploy not only web applications, but also you can use it to deploy almost anything (for example folders or databases). Here is an exemplary command which will deploy folder on target server:
D:>"C:\Program Files (x86)\IIS\Microsoft Web DeployV3\msdeploy.exe" -verb:sync -source:dirPath="D:WebApplication" -dest:ComputerName="https://server:8172/MsDeploy.axd",UserName='ServerUser',Password='password',AuthType='Basic,dirPath="D:DestinationPath"' -allowUntrusted

MSDeploy also supports the -whatif flag, showing you what will happen without doing anything.

With MsDeploy we are able to deploy any application very easily. The MSDeploy (Web Deploy) tool is created only for Microsoft platforms (it works with Windows XP, Windows Vista, Windows 7, Windows 8 and with Windows Servers such as Windows 2008).

No matter whether you are a junior developer having your first steps with NHibernate (NH) or ...