Generally speaking, a retention policy is a set of rules that defines the transfer of content from one location to another. For example, if I get a bill by e-mail, I print it and put it on a table until I pay it. When I do this, I put the bill into a small box in my drawer. At the end of the year I put the box in my garage. After a few years I burn the box, because the bills in it are no longer of use to me. Burning the box corresponds to retention, and all the rules that concern transferring the content to another location to retention policy.

What is this for?

This kind of policy is extremely important for organization, because transferring the content to another location significantly reduces the cost of its storage. Besides, it makes it more private and less detectable.

In SharePoint 2010 we have already the retention policy, which can be used for:

The following examples are possible solutions to the problems that have emerged in the project I took part in.

In the project we had Complaint Report type elements. Due to the fact that their number was increasing very fast, we were familiar with query throttling. To solve this problem you could, for example, set a policy, in which elements that haven’t been modified for a long time, were transferred to other locations (default fields are Created Date or a moment of declaring the element as a record so when it comes to modifying, it would be necessary to create custom formula – Custom Expiration Formula). 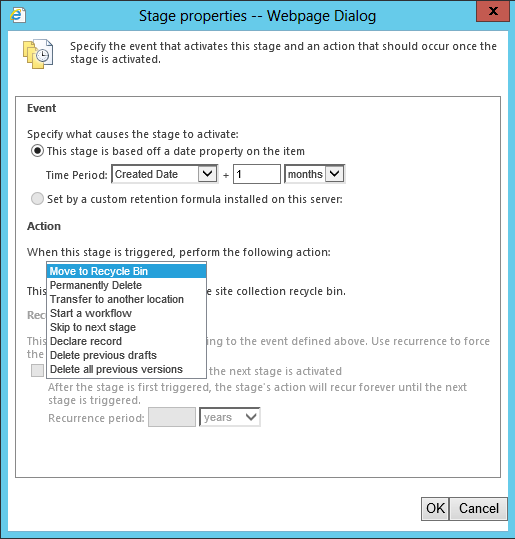 In addition to the features available in the 2010, SharePoint 2013 also provides Site Retention, which enables us to remove, close or close and then remove the site. Below you can find print screens from creating new site. 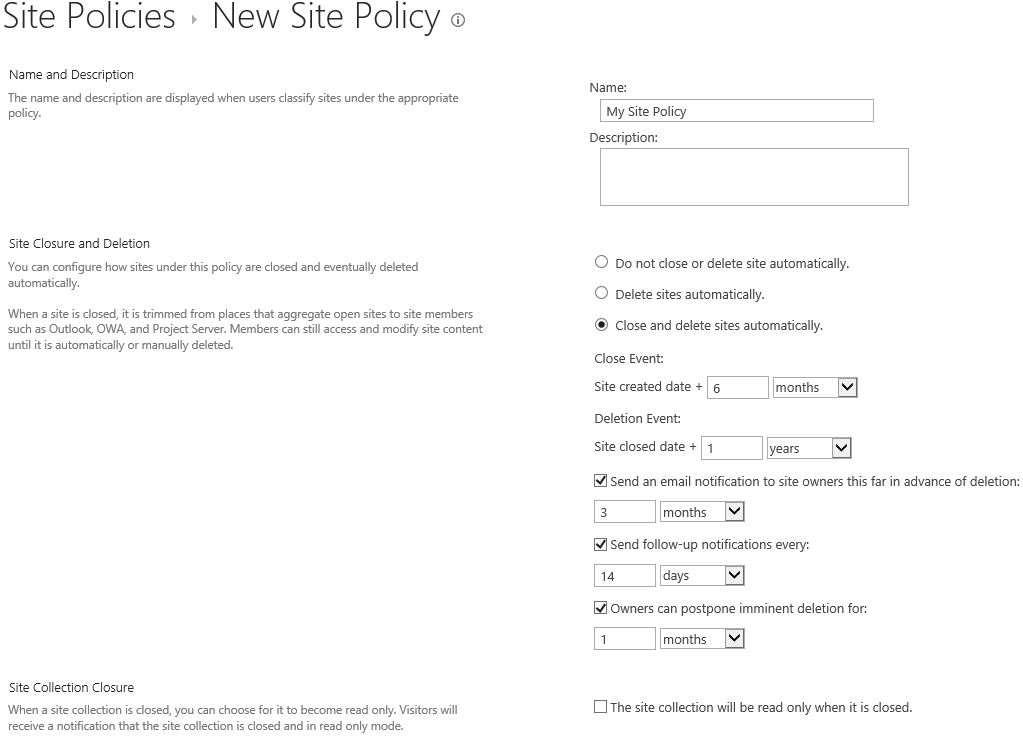 After creating the policy it is necessary to administer it on the site.

MSDeploy is a command-line executable tool created by Microsoft, which implements web deploy functionality with many ...

In this post we’ll focus on security. We’ll try to prove that claims base authentication is ...